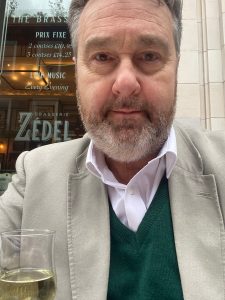 Stephen Miles has been a professional singer  and now resides in North Norfolk, England where he teaches voice. He has also directed opera and musicals and lectures on opera.

He has performed in concerts, opera, and recitals with a wide repertoire of music throughout the world for over 35 years.

To find out more about Stephen and his work please look through this web-site. If you have any inquiries or would like to book a singing lesson please go to the CONTACT page.

Due to Covid-19 restrictions, Stephen is not currently teaching but is available for advice.

Stephen  aspired to a life in the arts from an early age, having sung at the Royal Opera House as a child. Graduating from the Royal College of Music, Stephen has performed in a variety of musical styles and genres. He has sung much of the G & S repertoire, appeared in the title role of Jesus Christ Superstar, sung with major opera companies and festivals, performed baroque masterpieces with the major specialist consorts, plunged into contemporary music which was still wet on the page, bolstered the impact of film soundtracks, and has sung with many of the leading London church choirs.

Stephen’s creed as a performer and teacher is ‘communication through words and music’. As a singer, you cannot have one without the other.

Having moved to Norfolk in 2007, Stephen has created a successful singing teaching practice and presents recitals, often for charitable causes. He regularly brings together performers and artists for special occasions and public events which he devises for local communities. He serves on the committee of the Association of English Singers & Speakers and co-ordinates two major singing competitions. Having spent a lifetime as a performer on stage, Stephen has also worked as a director and staged three productions for North Norfolk Chamber Opera: Puccini’s Suor Angelica, Britten’s Albert Herring, and The Threepenny Opera by Weill. He also lectures on opera appreciation.